Amazing Features of Node.js that makes it in top 5 Server Side Scripts 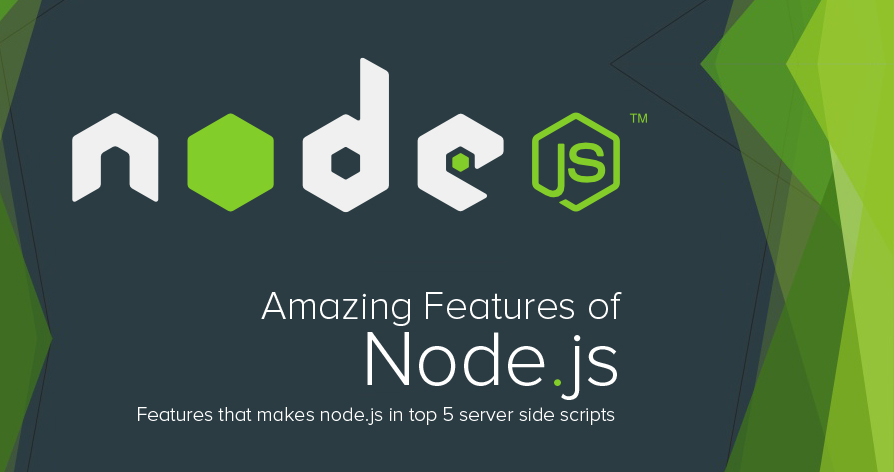 Its multiple advantages over other server side languages, Node.js inbuilt with a dependable package management system called NPM and its registry npmjs.org which is easily built and publish software and libary as packages. 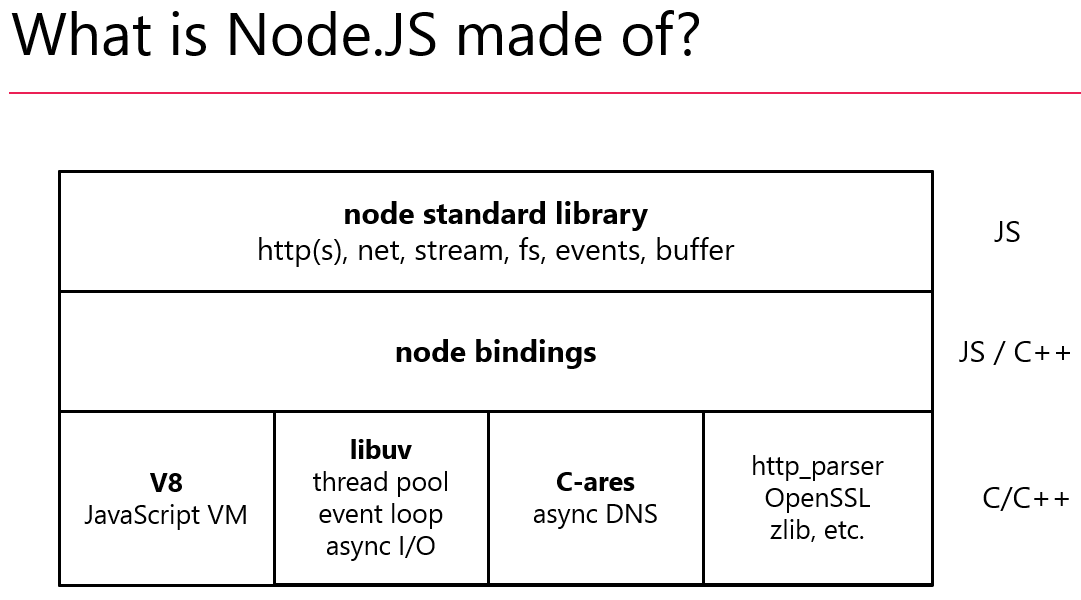 Node.js is functionally similar to the PHP + Apache or ASP + IIS stacks,and its applications works as an non-blocking I/O model,event-driven which are scripted in javascript and debugs within the Node.js runtime on Linux, Microsoft WIndows ,OS-X and Free BSD.

There are no classes in Node.js/JavaScript, because its objects inherit directly from other objects (prototypal inheritance). Node.js has natural with NoSQL databases like MongoDB, NoSQL databases are mostly use for cloud computing, agile projects and prototyping which are very secure and easily recoverable.

The syntax of node.js is the set of rules that define a correctly structured JavaScript program. JavaScript is mainly used for client-side scripting within modern web browsers.

Node.js switch between different environments and languages is attributed to the drop of efficiency when writing software code.

Node.js comes with a superior and dependable package management system called NPM and its registry npmjs.org and administered via the package.json file and version locally, unless lib installed with the -g option. Both PHP and Node.js are functional languages with a relatively later addition of OOP to PHP.

Node.js is growing faster than any other platform/language. This is mostly due to minimal modules and performing only a small set and sub-sets of tasks. Other factors might include such things as:

Node.js works on collection of web frameworks few of them are Meteor, Express, Socket.io, Sails, Mean, Koa, Socketstream, Spine, Tower, Total.js, Flatiron, Express.io, Locomotive.Bone.io, Frisby,Stapes, Turtle.io, Sleek.js and some of most popular build systems for web are also available which made development with ease grunt, bower, yeoman and another futur player glup.js,

Real-time apps building is just a breeze with Node.js stack of the Socket.io , Express.js frameworks. another full stack players are Derby projects, Meteor, which makes real-time apps building is taken one step further by combining front and back-end code bases with the persistence layer which reduces the complexity and speeds up the development dramatically. event driven programming in node js making web development to another level.

The databases’ performances are comparable to each other and  depending on the use cases as per MySql vs MongoDB performance benchmark(MySQL), Simple Test : MongoDB vs MySQL(MongoDB) and MongoDb vs MySql – However, MongoDB is superior and highly scalable for distributed databases and means.io has ready to use package of mango, express, angular, socket.io .NoSQL databases are secure and perfect for cloud computing, prototyping and agile projects.

(e.g., Twitter, Amazon) with just one thread of execution.

Node.js was created from the ground up for the network applications and there is a set of core modules to write web servers.

Note: In Node.js Multi-threading is absolutely possible with clusters and/or external modules.

Node.js is extremely fast due to its non-blocking I/O mechanism and Google Chrome V8 engine technology.

Node.js is platform for building applications. not a web application framework. It’s a It includes a set of tools useful in building web applications (such as modules for writing to the filesystem or making HTTP requests).

Some Important points and advantages of Node.js

Node.js can be used for the following purposes

The advantage of using node.js

a)    It provides an easy platform to build scalable networking programs

The Two types of API functions in Node.js

A generic piece of code which debugs/run in between several asynchronous functions calls is control flow function.

a)      Control the order of execution

By following steps you can async Node.js

In node.js “non-blocking” means that its IO is non-blocking.  Node uses “libuv” to handle its IO in a platform-agnostic way, it queues it within the event loop which call the JavaScript ‘callback’ on the main JavaScript thread.

Emphasizing on the technical point of view, it’s a bit of challenge in Node.js runs one process with only one thread to scale up on multi core server.

We are nodejs programmer and developer team based in stratford London, If you and your company looking for real time web application developed with nodejs and mongodb then we are here to help you.